His Whipping Boy by J.A. Jaken Novella (15,500 words) Genre(s): Historical Fantasy, M/M Romance (contains elements of BDSM) Cedric de Breos was an average son from an average farmer’s family before he was chosen—by royal decree—to befriend Alain Tomolia, the solemn and enigmatic crown prince of Dunn. As Cedric dutifully pursues their strange friendship, he begins to suspect that Alain is haunted by a dark secret, one which has its roots sunk deep in the crown prince’s past. Cedric’s situation is complicated by the gradual realization that his intended purpose is not only to serve as companion to the crown prince but also as his surrogate in the whipping yard, taking the punishment for Alain’s misdeeds. Will Cedric find a way to come to terms with the resentment, pity, curiosity, and reluctant attraction he feels toward the crown prince, or will he allow the circumstances around them to command their fate? >> READ A FREE PREVIEW 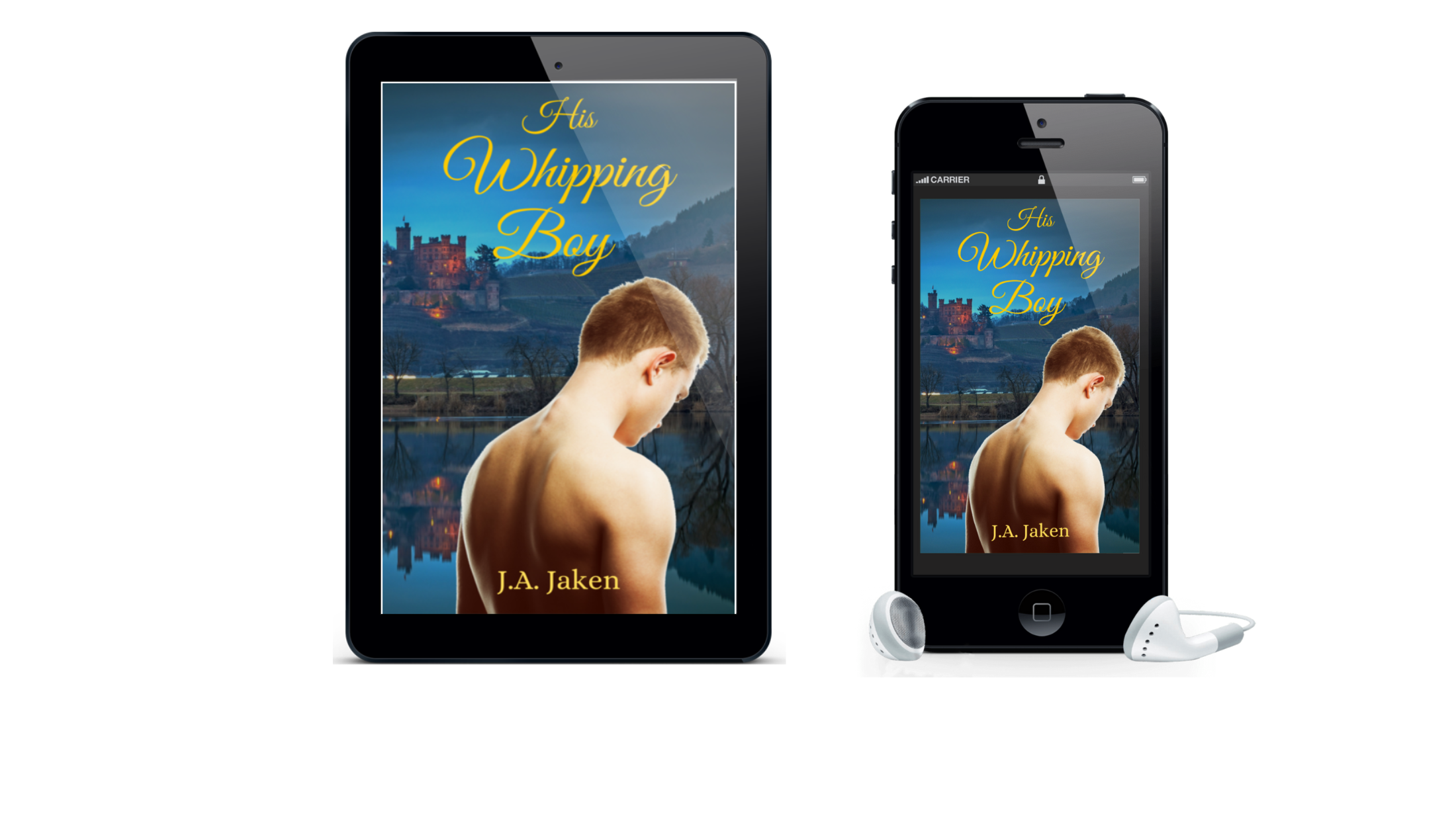 Available in eBook format on Amazon.com and Smashwords.com:

-The Blog of Sid Love

An excerpt from His Whipping Boy :

Alain’s grip was surprisingly strong as he pulled Cedric into the shadow of one of the trees, leaning close against the trunk. Cedric glared at him. “Why did you—”

“Shh!” Alain clapped a hand over his mouth. He looked around furtively and then turned to him with a grin. There was a strange light in his eyes. “Come on.”

He let go of Cedric’s arm and ran further into the trees, leaving Cedric no choice but to follow or be left behind. Frustrated yet unwilling to be abandoned again, Cedric followed.

They came out at what looked like the far end of the orchard, where the trees gave way to a series of broad, grassy hills. A broken stone wall rambled over the top of the nearest hill about thirty feet from the treeline, overlooking a steep decline. Alain looked back once to see if Cedric was still there before heading toward it.

It occurred to Cedric at that moment that he didn’t particularly like Alain Tomolia. For one thing, the boy never really talked about anything. He was more than a little strange, but then Cedric was beginning to suspect that no one could spend their entire lives in Castle Dunn without becoming a little strange.

Alain’s hair had fallen loose of the ribbon that bound it, flying around his narrow face in the wind. There was a single thin scratch branded across his left cheek, startling Cedric with the bright well of blood against pale skin. Perhaps he’d gotten it while running through the trees.

“You wanted to know what I was looking at,” he said, startling Cedric out of his silent appraisal. His mouth twisted in what could have been either a grin or a sneer, and was probably a little bit of both. There was a gravity in his eyes that Cedric found disturbing.

Cedric shook his head. “There’s no way you could have seen any of this from where we were sitting.” He disliked being made a fool of.

Alain’s grin widened. “Shows what you know.” Turning around, he reached for the edge of the stone wall and levered himself up on top of it before Cedric realized what he was doing.

“Hey!” Cedric ran forward, his heart leaping up into his throat. The drop on the other side was very high.

“What?” Alain was standing up now, boots balanced precariously on the narrow ledge. Stones shifted and skidded under his soles. He held out his arms to either side for balance.

“Get down.” Cedric’s heart was hammering. “What are you doing?”

“Don’t tell me you’re afraid.” Alain took several slow steps forward, then turned to look out at the surrounding countryside.

Cedric wasn’t about to admit to any such thing, despite the fear that pounded through him. The wall wasn’t very high on this side—about shoulder height—but a fall off the other side looked like it could easily result in a couple of broken bones, if not something even worse. Part of him was horrified at the thought that he was talking to the crown prince this way, while another part of him seriously contemplated grabbing a hold of the idiot’s shirttails and yanking him back down to the ground.