The Magician's Apprentice by J.A. Jaken Novel (108,000 words) Genre(s): M/M Romance, Fantasy, Adventure Jander Teregnan has never wanted anything more than to become a mage--to serve his king and defend his country as he explores his natural talent at commanding the strange power known as magic. Of course every apprentice needs a master, which comes with its own set of challenges...especially when the master he's chosen for himself is none other than Andrei Teresh, personal advisor to the king and master mage of the city of Vallerin. Andrei, however, has more pressing problems on his mind than dealing with the unsolicited advances of one untrained mage-apprentice. A fierce and merciless army of unknown intent is sweeping across the land, threatening the kingdom he has sworn to protect. Even worse, dragons--long thought to have withdrawn from the world of mankind--are emerging once again and spreading chaos in their wake. Somehow, Jander must find a way to help; not only to prove that he can be of use in the defense of his kingdom and become a mage, but also to secure his place at the side of the man he hopes to claim as master both of his magic and his heart. >> READ A FREE PREVIEW 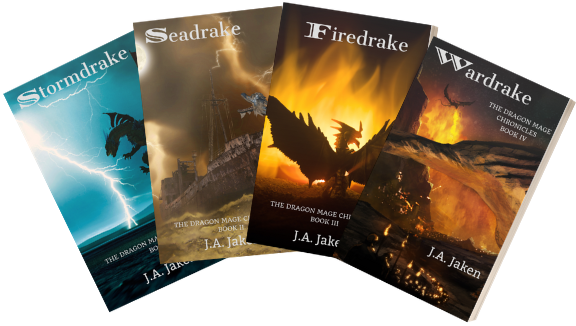 Andrei and Jander's adventures are continued in The Dragon Mage Chronicles. 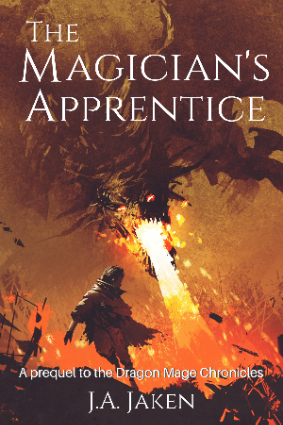 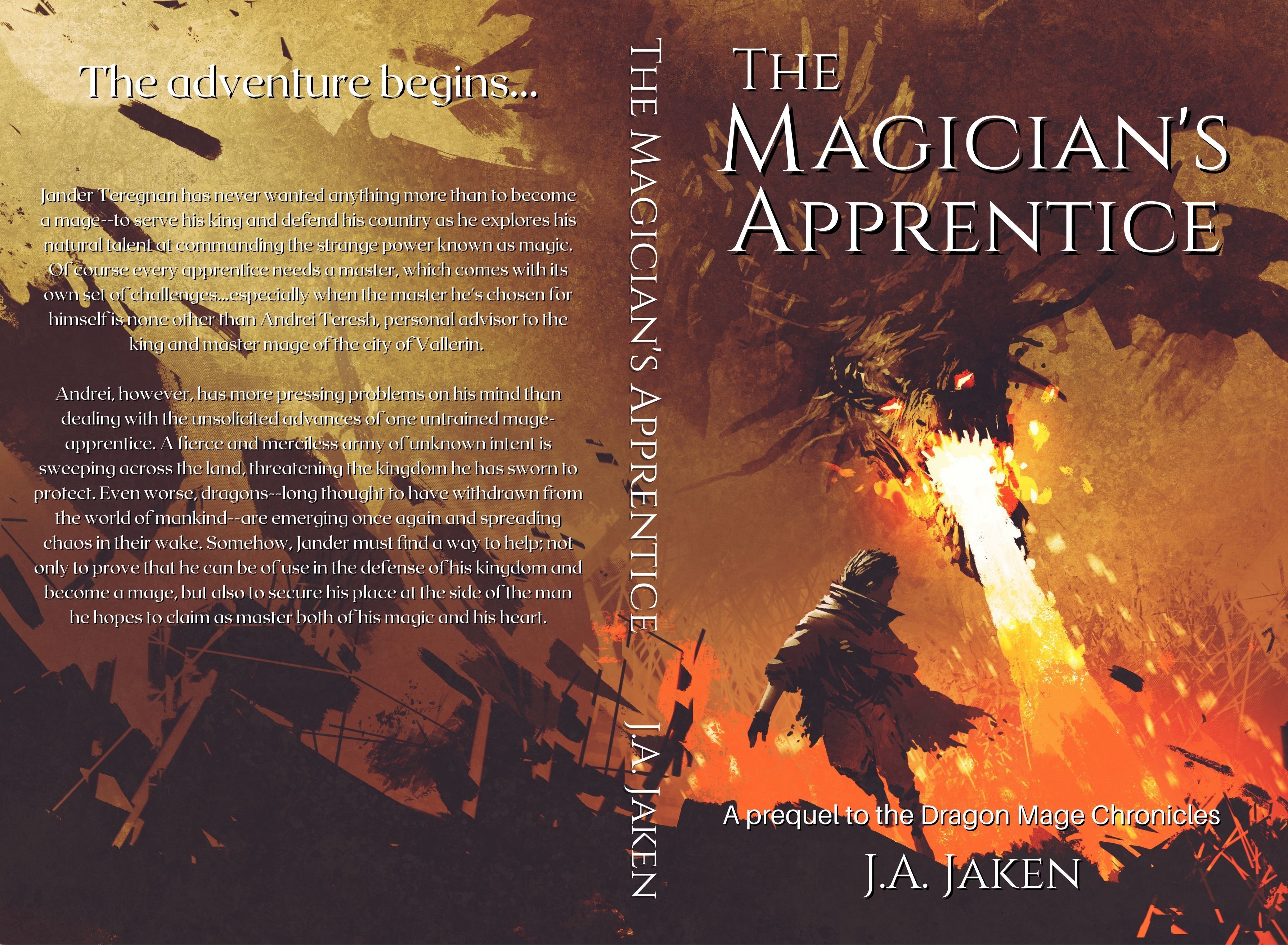 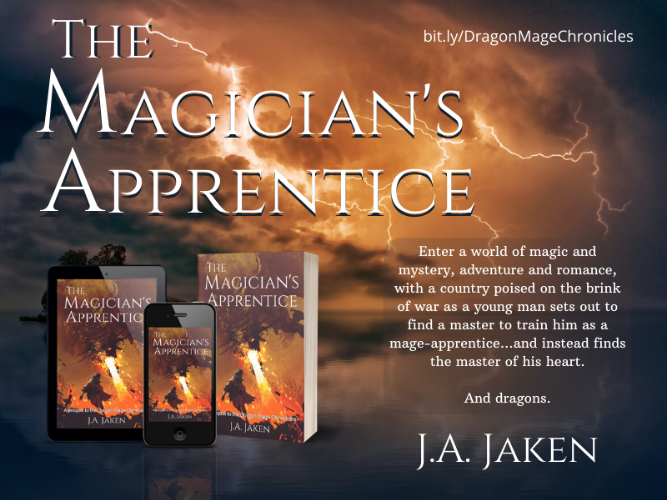 Here is what readers are saying about The Magician's Apprentice:

"This is an amazing m/m romance. The author has sucked me into this world and now I sit here awaiting the next series."

"The author continues to impress by poignant characters and generally creating scenes that are succinct absent excessive elaboration. Almost every page draws the reader into the story creating a pleasurable reading experience. Now, this is someone who knows their craft!!"

"Absolutely amazing! I love magic and dragons and this was perfect. I'm buying the Dragon Mage Chronicles right now. Ecstatic to continue the journey...."

"This author is, I believe, amongst the best in this genre and I have never been disappointed with any of his/her books. If you're into magic, mages, mm romance and dragons, this is the book for you. I thoroughly recommend it."

"This book kept me at the edge of my seat, rooting for the good guys to persevere."

"I loved this book. Romance and adventure abound from beginning to end. Highly recommended!"

"I was completely pulled into this world the author created, and can't wait to follow Jander and Andrei on the rest of their adventures."

Here is an excerpt from The Magician's Apprentice :

Boaen's voice snapped Jander from his reverie, and he stared across the crowded floor to the far end of the hall, where he caught his first glimpse of the master mage known as Andrei Teresh.

The first thought that crossed his mind was that this couldn't be the great sorcerer he had come to find, and right on the heels of that was a second thought...stunning. Teresh was a large man, standing head and shoulders above most of the others in the crowd, his strong form draped in a clinging earth-brown robe that looked totally incongruous among the brightly dressed courtiers. His hair was a deep golden brown and thick, cut chin-length at the sides and tied back in a short knob at the base of his neck in a severe style that accentuated the stern lines of his bearded face. His eyes were chips of dark mahogany, cold and hard. The sight of them sent an inexplicable shiver down Jander's spine.

"Fuckable?" Jander glared at his friend with barely contained irritation. Boaen held up his hands in surrender, laughing. "Okay, okay, I'm sorry." After the slightest pause, he added, "But he is, isn't he?"

Boaen's irreverence notwithstanding, the other man was absolutely right. Jander cleared his throat uncomfortably. "He looks very intimidating."

"That's just part of the wizardly mystique." Boaen spoke with the casual flippancy of one who is well-versed in such matters. "You'll learn how to do that, too, once you become a mage. It's all a part of the act. We normal folks are supposed to feel intimidated by your kind."

Jander was slightly put out by the phrase "your kind" but sensed that his friend meant nothing hurtful by it. Gathering his courage, he handed his wineglass to Boaen and lifted one hand to stroke down Gabrielle's smooth flank before setting off into the crowd.

The crowd faded to nothing around him as he approached the stately figure of Andrei Teresh. Jander had eyes only for the mage. His heart pounded with nervousness as he drew near, and the magic seemed to whisper in rising excitement around him. Teresh was engaged in a low conversation with one of the guards stationed by the rear door that opened further into the palace, but his eyes moved to Jander as the younger man approached. One elegant eyebrow rose fractionally in silent question.

"Master Teresh," Jander said, bowing slightly. His heart was hammering in his chest, threatening to choke the breath from his lungs. "I've come a long way to find you."

"Have you?" It wasn't really a question. There was a note of mild amusement to the voice that made Jander flush darkly.

"Yes. I...I want to be a mage." The words spilled from him now; he couldn't stop them if he tried. "I want you to teach me. I have the talent, I know I do. I want to learn. It's all I've ever wanted. Please, sir, I want you to take me on as your apprentice, and train me in the ways of magic." He paused, breathless, and waited for Teresh's reply.

The mage was regarding him with a certain degree of amused tolerance. "So you want to be a mage, do you?" His tone was not particularly kind. "I'd guess you were more suited to being someone's bedservant, wouldn't you?" The guard behind him smirked rudely.

Jander felt his hands clench at his sides and stared up at the man in open astonishment. "Master Teresh...?"

Teresh nodded towards something over Jander's shoulder, and Jander turned to see Boaen standing at the periphery of the room, watching the confrontation anxiously. "Go back to your tutor, boy," Teresh said. "You'll have to find easier marks than me."

It was clearly a dismissal. Mustering up what was left of his dignity, Jander turned and walked away, his cheeks flaming. Boaen met him halfway across the floor and clutched at his sleeve fretfully. "What is it? What happened?"

"He said no." Jander's voice was frigid. He didn't know which hurt more—the humiliation he felt or the absolute certainty that he had been treated unfairly. Either way, it stung. "Can we leave now?"

"Just like that? He just turned you down? Why?" Boaen was relentless.

"I'm not sure, but I believe he thinks I'm a whore." The absolute absurdity of such an assumption made his cheeks flame all the hotter.

Boaen was silent at that. He appeared to be thinking. After a lengthy pause, he said, "So that's it, then? You're just going to pack it in and run home with your tail between your legs?"

"What would you have me do, Boaen?"

"Not give up, for one thing. Nothing worthwhile is ever gained on the first try." He looped one arm around Jander's shoulders and started weaving a path toward the open front doors. Lowering his voice, he said, "You, my friend, need to learn the fine art of seduction."

Boaen laughed. "Figuratively speaking, of course. You can't expect Teresh to take on just anyone as his apprentice. You have to hunt him a little. Seduce him."

"And how do you suggest I go about doing that?" Half-sarcastic, half not.

Jander's questioning gaze was met by a wicked flash of those deep emerald eyes. "Leave that to me, my friend. You just leave that to me." 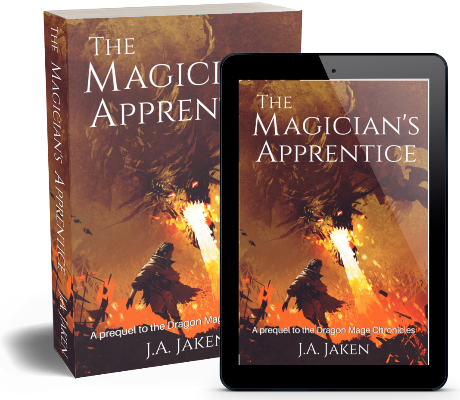