Novel (76,000 words) Genre(s): M/M, Science Fiction, Thriller (Content advisory: nonconsensual sex) Shai discovers he is a pathfinder and is desperate to find a genetically suitable partner to prevent his extrasensory talents from running amok. Unfortunately those talents make him a target for the brutal crime lords and other violent denizens who inhabit the city of Nhil-Rhar. Shai needs to learn how to use his pathfinder senses—no matter how much they terrify him—before he's trapped in a partnership that will enslave him for the rest of his life.

Pathfinder is an All Romance Ebooks Best Seller! 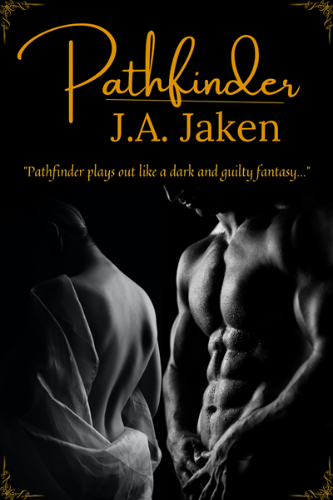 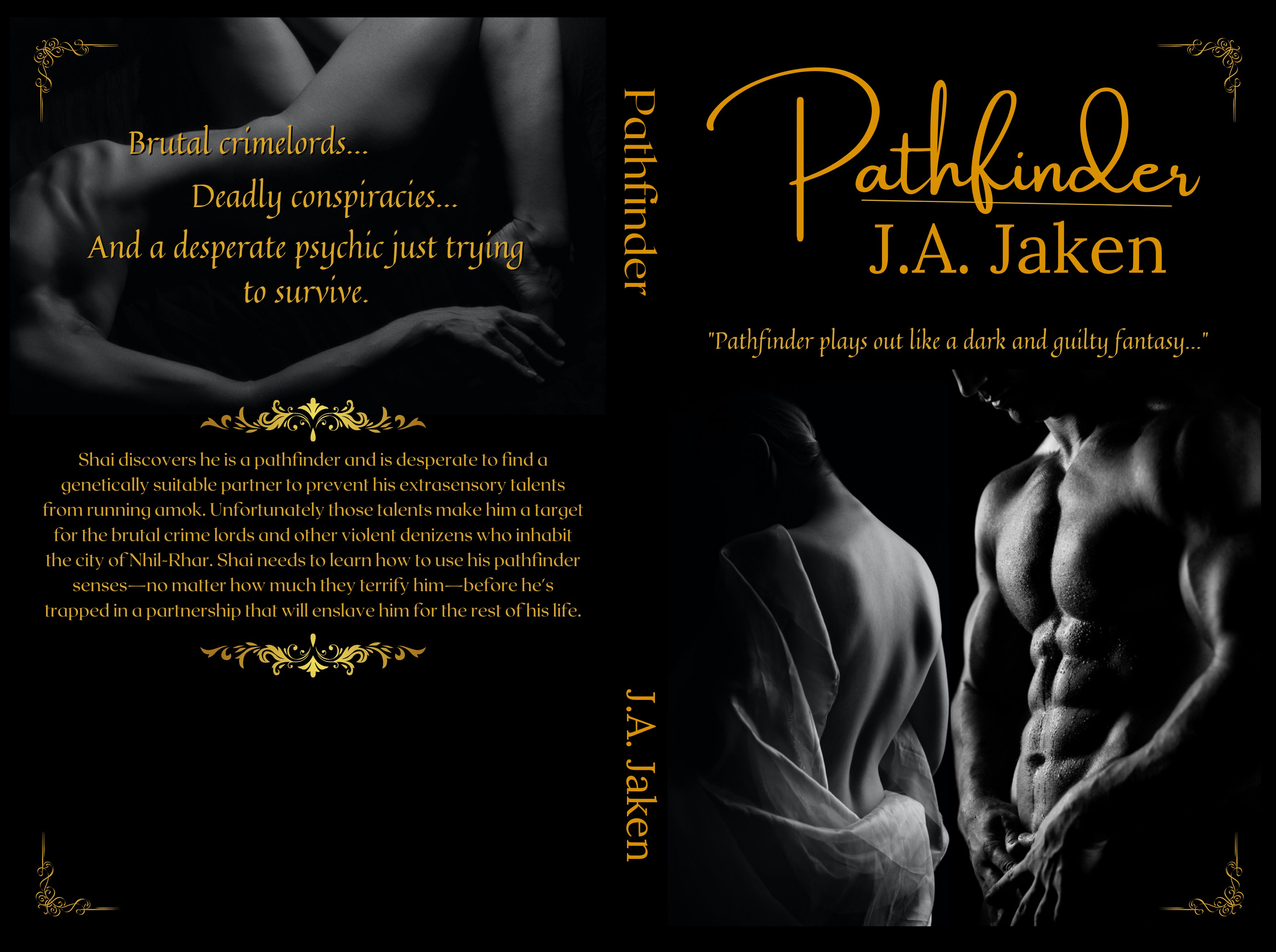 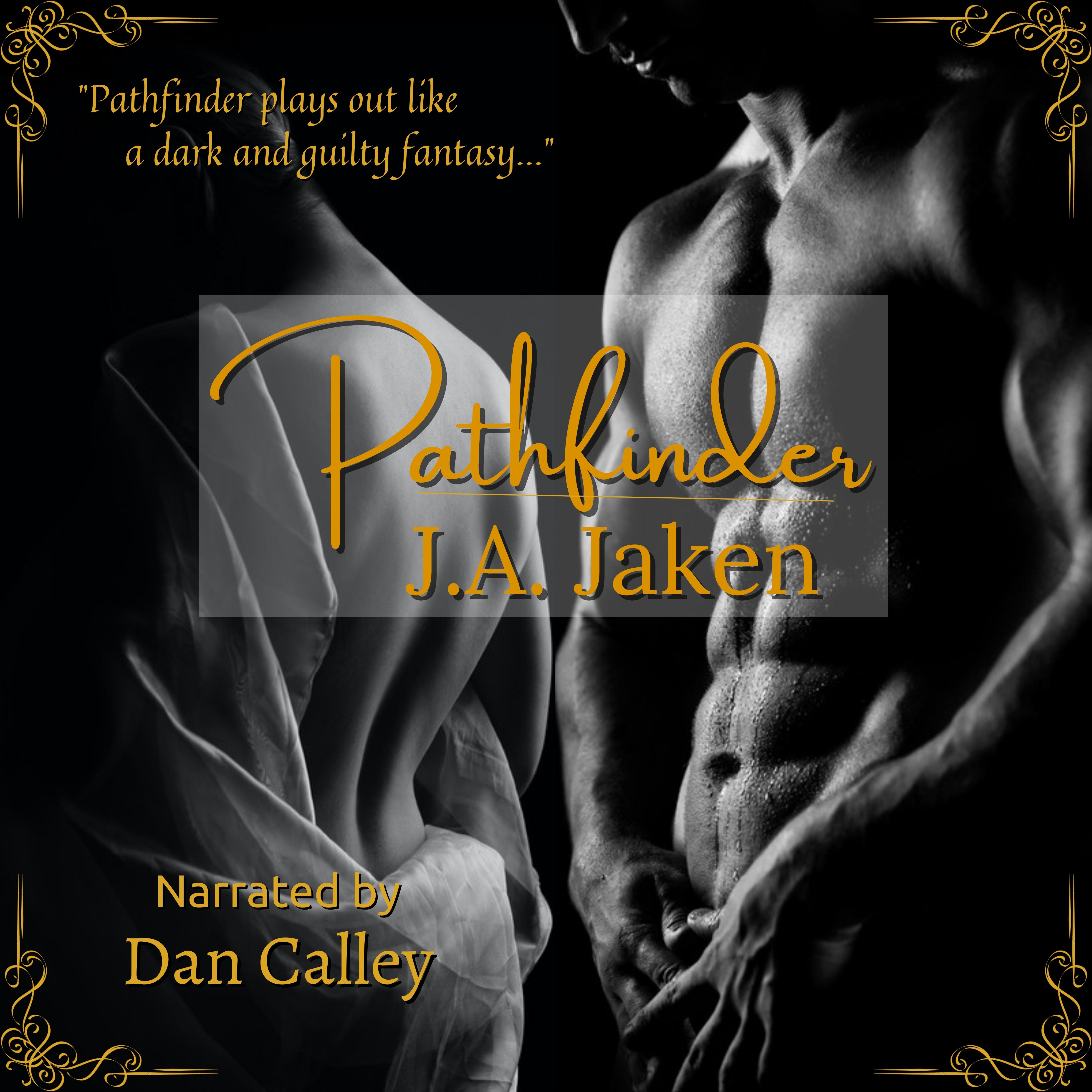 Don't miss out on Pathfinder 2: The Ouroboros Prophecy. Click here for more information: 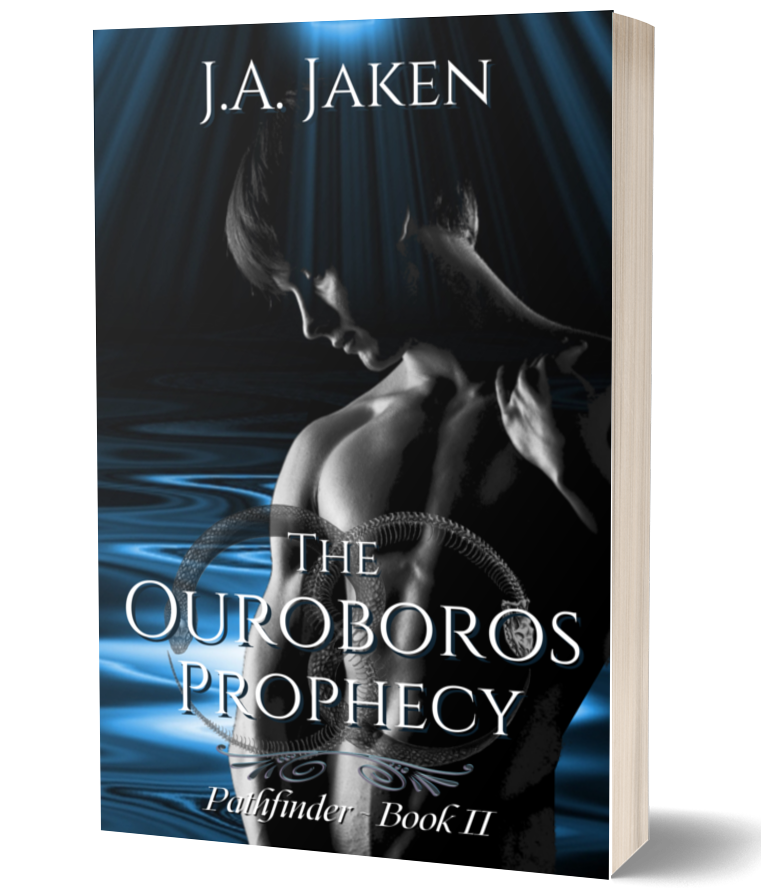 "This is a great science fiction story of a lost science which scientists are trying to revive. [...] The characters are all well written and the storyline is brilliant."

"Pathfinder is jam-packed with a cocktail of adventure, world-building, action, angst and hints of love, and kept me on the edge of my seat constantly."

"This is an excellent story, set in an anarchic world not too removed from our own ... a damn good read, making me miserable and hopeful in turns."

"A wonderful book which left me with a warm glow and a smile when I turned the last page. Well worth 5 stars!"

"This book is now one of my favs, one I am sure to reread again. Loving how JA Jaken delivers her story."

"I really loved this story. I just could not put it down, and read the entire thing in one sitting."

Here is a sample from Pathfinder :

"What's going to happen to that guy?"

Kalil laughed coarsely. "He'll be executed. Which is probably better than he deserves."

Shai felt ill. He'd seen his share of death on the streets throughout his lifetime, but he'd never directly been the cause of it before. He tried prying at the fingers clamped around his neck to loosen them, but they didn't budge.

"I knew he was guilty," Kalil said, either not noticing or not particularly caring about Shai's efforts to release himself. "But I wanted to see if you were as good as Thornton said you are." He pushed open a door toward the end of the hall and shoved Shai inside, finally letting go of his neck.

Shai stumbled and caught himself as the lights in the room flicked on. Rubbing at the back of his neck to ease the bruises there, he looked around with renewed apprehension. He was standing in a medium-sized bedroom, with dark maroon carpeting and recessed track lights at the top of the walls. The lighting in the room was subdued.

It looked like the kind of room you'd bring a whore to.

"You mean it was a test," he said, trying not to give in to the panic that was beginning to rise in him.

Kalil seemed to think that was funny. He made a show of locking the door behind him, then turned toward Shai and held up the small bronze key, deliberately sliding it into one of his vest's numerous pockets. "There. No one should be disturbing us now."

Shai shrank back a step, a sudden surge of nausea twisting through him. "What do you want with me?"

Kalil took a step toward him, and Shai retreated hurriedly, starting as the backs of his shoulders bumped into the wall behind him. He held his bound hands up in front of himself defensively.

"Unbonded pathfinders are rare," Kalil said, reaching out and yanking Shai forward before he could twist away. His hand closed over the back of Shai's neck again, and he lowered his head until their foreheads touched, breathing out softly over Shai's face. "Most are found on search and drafted by the Agency. We have no way to hunt for them ourselves, which is why we had to... borrow you."

Shai closed his eyes, trembling. "You're a guide."

The hand on the back of his neck turned disturbingly affectionate, stroking lightly over his skin. "I am."

Shai sucked in a long breath, trying not to panic. "But I... I already have a guide. You can't--"

"Your bond with him isn't completely formed yet. It will be easy enough to break." 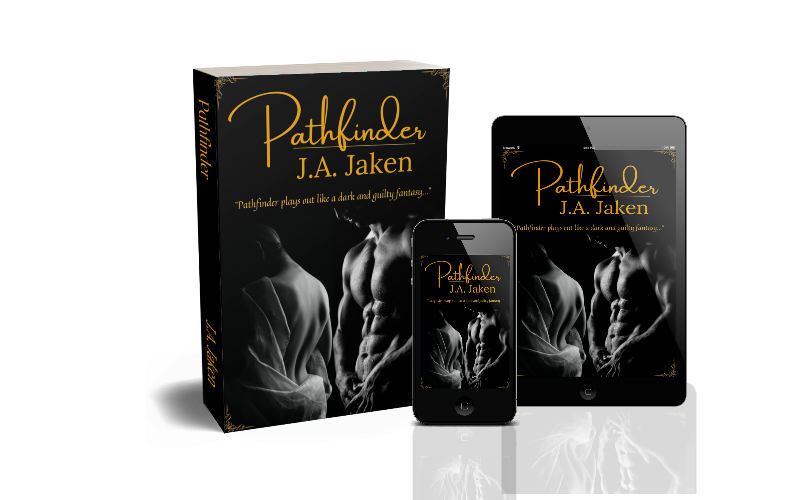