Novel (147,000 words) Genre(s): Science Fiction, M/M Romance A vision drawn from the mind of a dying member of an Outrider clan draws Shai and Lorne back into the city of Nhil-Rhar, where they are pulled into a deadly conspiracy. Pathfinders are having dreams of destruction and chaos, criminal factions are battling openly in the streets, and a mysterious virus has been unleashed in the Agency's computers. On the fringes of it all lurks a dark figure that Shai can sense but not see, a figure that is neither pathfinder nor guide yet somehow--impossibly--more powerful than both. Time is running out, and if he doesn't solve the mystery of the ouroboros prophecy, not only his life but the lives of the Outriders and everyone in Nhil-Rhar will be forfeit. >> READ A FREE PREVIEW 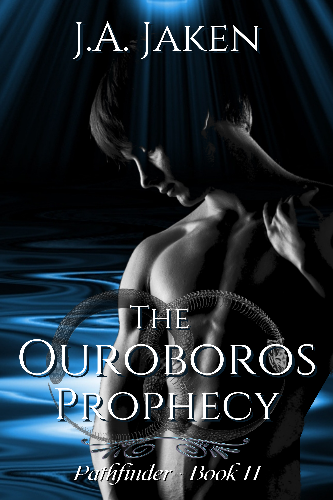 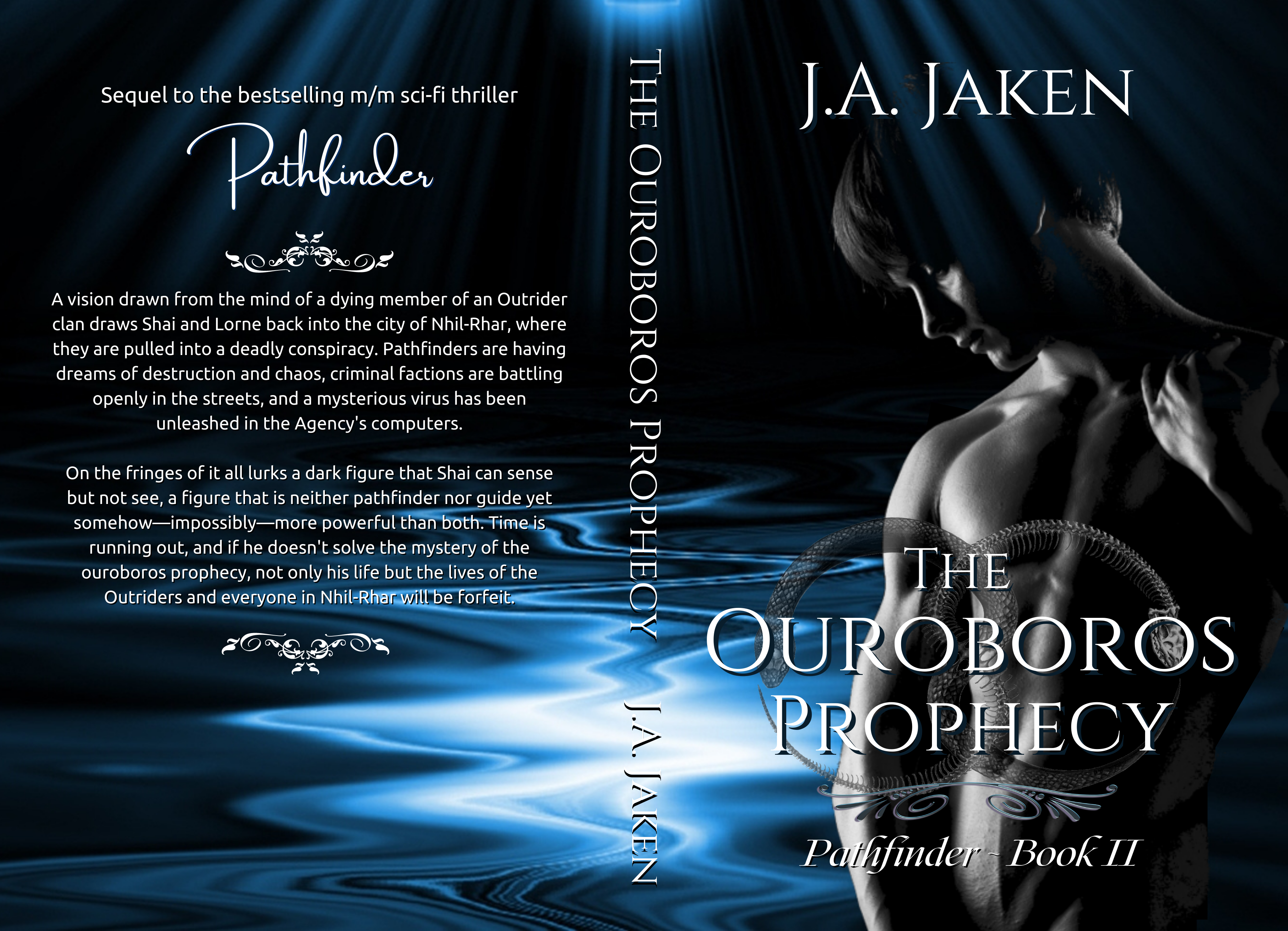 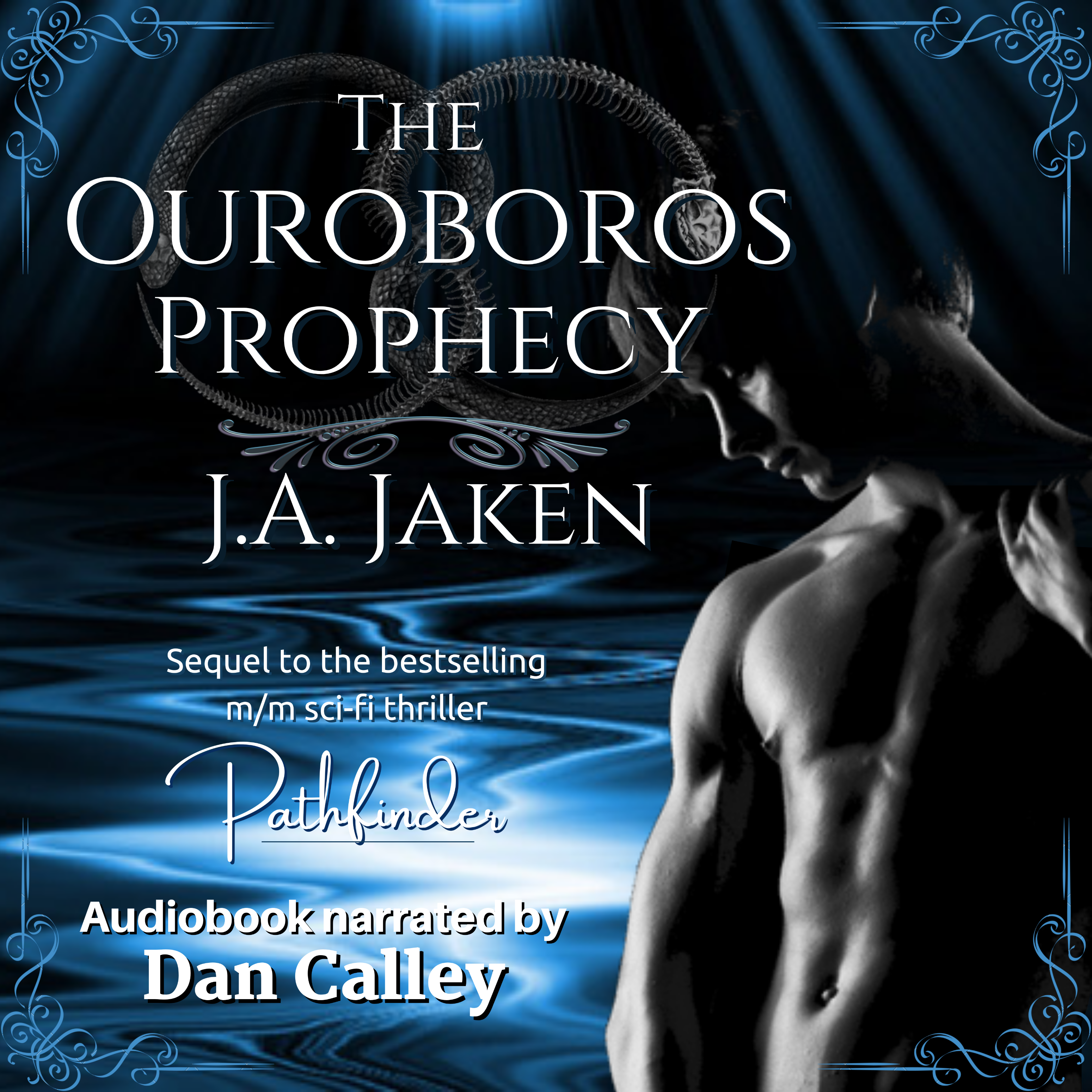 Click here to find the original Pathfinder and see how it all began.... 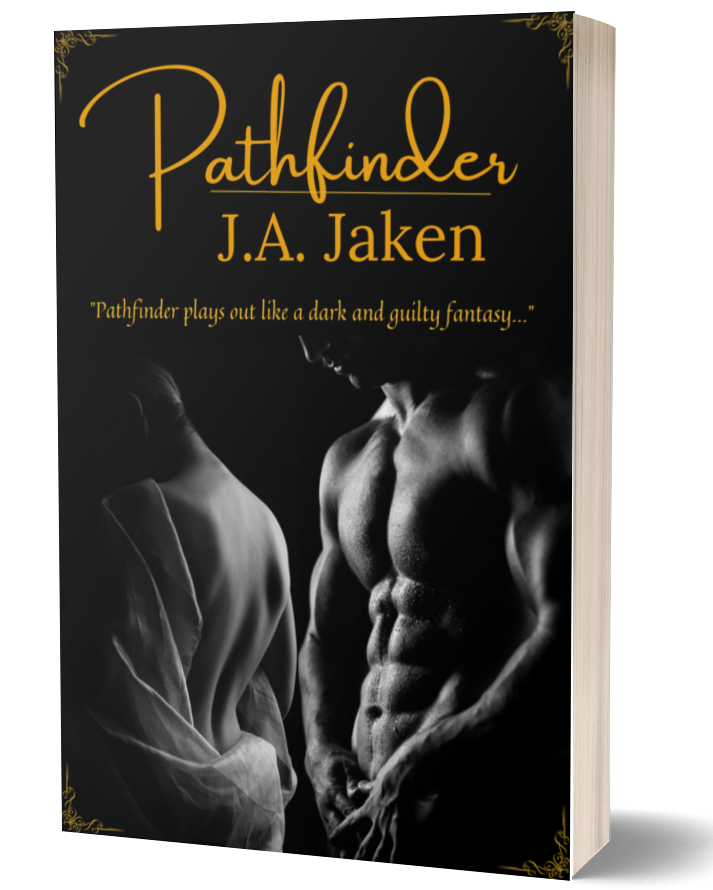 Pathfinder is an All Romance Ebooks Best Seller!

Here is a sample from The Ouroboros Prophecy:

Lorne's arm around Shai's shoulder tightened, pulling him back out of Ollenbach's reach. "The pairbond you shared with Shai," he said firmly, "was severed a long time ago." The small smile Ollenbach gave him was rueful. "You know better than that." Shai was sweating freely now. It was true that a pathfinder/guide pairbond could only truly be severed by the death of one of the partners, at least until one or the other of them managed to form a permanent bond with someone else. Which meant that the bond he had begun to form with Ollenbach two months ago—even though they'd been together for only a handful of days—was still very much alive within him. Lorne's expression was impassive, his gaze never leaving Ollenbach's eyes. "Being on the severed end of a pairbond for this length of time must be exceedingly painful," he said, as if Ollenbach hadn't spoken, "although its effects would be subtle. We have healers in our clan who can help you smooth over the broken edges of the bond, make it easier for you to—" Without warning, Ollenbach struck Lorne with a sharp backhanded blow across the face, startling him into silence. Shai jumped at the sudden violence, his heart leaping into his throat, but Ollenbach made no further move against either of them. He stood absently rubbing the knuckles of the hand he'd used to hit Lorne, staring at him with an expression of extreme distaste. The assault was even more surprising because he had always seemed like a rather non-violent man to Shai. Shai had never seen an expression quite like this one on his face before. "If he opens his mouth again," Ollenbach said to Dakota, "gag him." Lorne darted his tongue out to touch the split in his lower lip and eyed Ollenbach narrowly. He did not, however, attempt to speak again. "Please," Shai said, making a last-ditch attempt at reason. "We don't want any trouble." Ollenbach's eyes flickered toward him. "Shai." He didn't say anything else for a long moment. There was a line of tension between his brows that Shai did not like the looks of. He glanced at Lorne again, frowning. "Dakota, please take the Outrider out of the room. I want to talk to Shai alone." Shai glanced at Lorne in alarm. Lorne didn't look happy with that development, either. His fingers clenched tightly around Shai's arm, but it was a reflexive gesture; both of them knew they didn't have any choice in the matter. Shai curled a hand over his fingers, trying to convince him to stay calm. Dakota was moving toward them now, stunner in hand. There was no way Lorne would be able to disarm her; attempting to do so would only succeed in getting him injured or worse. Hopeless or not, Lorne apparently judged that it was worth the risk. As soon as Dakota was within range, he exploded into motion, twisting to one side and thrusting the edge of his hand downward in a sweeping arc designed to knock the stunner out of her hand. By all rights the move should have worked, except that she seemed to suddenly be standing elsewhere when the blow fell. Shai blinked, his heart pounding. He'd never seen anyone move that fast. Without changing expression, Dakota rapped Lorne sharply on the back of the neck with one hand. He crumpled to the floor with a low grunt, curling in on himself defensively. "Wait," Shai cried, desperation clogging his throat. "Don't—" Dakota ignored him, swinging a hard-edged kick at Lorne's midsection and sending him toppling over onto his back. Shai's muscles unclenched then and allowed him to drop down to Lorne's side, reaching out for him and pulling him close against his chest desperately. "Stop it," he said, with real anger this time. He glared up at Dakota, shaking. "You stupid bitch. He's down now, all right?" Lorne curled against him, clutching at his sleeves. "I won't let him take you, Shai." His voice was a hoarse rasp, rough with determination. Shai clenched his teeth in frustration. What the hell good was it going to do them for Lorne to get himself beaten up or killed? He was no match for a sweeper. "It's all right," Shai said with more confidence than he felt. "I'll be okay." Lorne stared at him in dismay, his inner sense thrumming in agitation over the prospect of being forcefully separated from him. Leaving his bondmate in the custody of another guide had to be beyond agonizing, but Shai didn't see where either of them had much of a choice at the moment. Lorne understood that, too, judging by the look in his eyes, but he obviously didn't like it one bit. 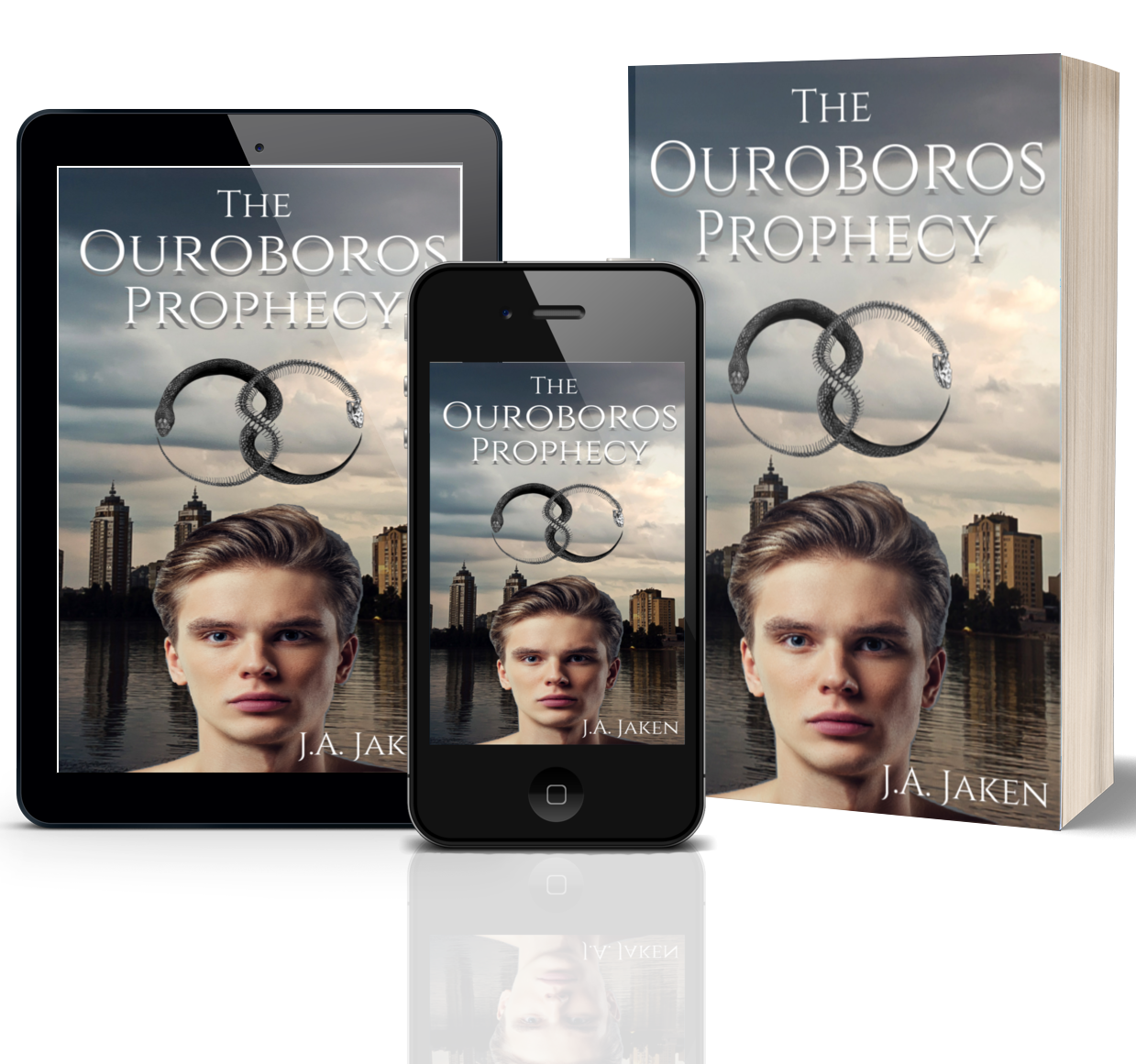